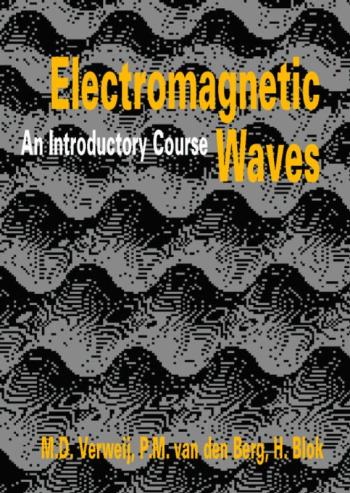 Electromagnetic waves appear in many forms and their applications are extremely widespread. Without exaggeration it may be said that our ability to employ and manipulate electromagnetic waves forms one of the reasons that communication plays such an important role in society.

The macroscopic theory of electromagnetic waves has been formulated by Maxwell in 1864. But the mathematical-physical nature of the subject makes it difficult for students to master even today. The continuous stream of new college textbooks shows that many teachers encounter this problem and attempt to resolve it by presenting the theory in some suitable form.

The aim of the introductory course on Electromagnetic Waves is to teach students to manipulate the fundamental formulas in order to solve a problem at hand. To focus on this skill and to overcome the problem of having to learn many formulas by heart, an outline of this book is presented in the accompanying booklet entitled